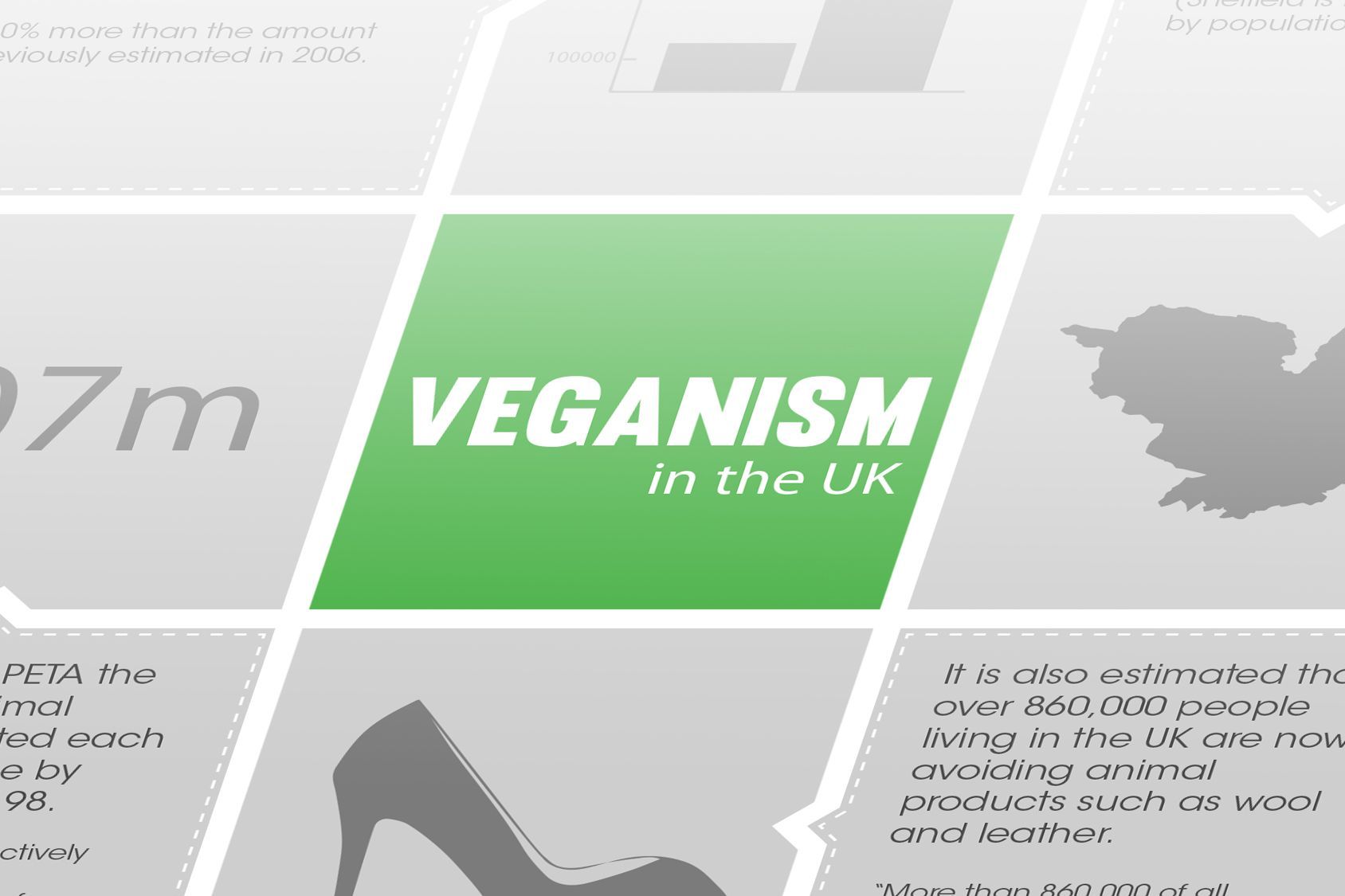 There are now enough vegans in the UK to populate all of Sheffield, the 5th largest city in the country. This statistic was recently revealed by the Vegan Society’s latest study in which almost 10,000 people over the age of 15 were surveyed. The study indicates that there are currently over half a million, approximately 542,000, vegans living in Britain – that’s an incredible 260 percent increase on the 2006 study.

It’s fantastic to see that the vegan message is reaching so many people, transforming their lives and making a stand for animals and the environment, but who are the 542,000? The study showed that almost half of the vegan population are between the ages of 15 and 34, whereas only 14 percent are over 65. There is also a notable difference between the number of vegan men and women, women making up 63 percent of vegans in the UK.

What is inspiring people to become vegan?

Veganism has really hit the mainstream lately, with many high profile celebrities, such as Brad Pitt and Ellen DeGeneres advocating the vegan lifestyle and challenging the stereotypes that vegans are all either hippies or die-hard human bashers. The rise of the ‘blogosphere’ has also created a platform for immensely popular online personalities, like Deliciously Ella and Oh She Glows, to capture the imagination of the health conscious in particular, with their cruelty free recipes and lifestyle advice.

Of course many people turn to veganism because they are shocked by the cruelty in the practises of the meat and dairy industries. All too often this is hidden away and the influence of high-profile celebrities has certainly helped bring this awareness into the limelight. Jasmijn De Boo, former CEO of The Vegan Society, summarises the factors contributing to the incredible expansion of the vegan community in recent years:

“The positive portrayal in the media has contributed to its changing image, documentaries on the shocking realities and consequences of animal agriculture have gained prominence, delicious-looking vegan recipes have multiplied online and on social media as society becomes more health-conscious and top vegan athletes keep proving that you can be fit and healthy on a plant-based diet.”

The Vegan Society estimate that, on average, one vegan prevents the death of 198 animals per annum. Collectively that’s 107 million animals’ lives saved by vegans every year. Additionally, every person who takes up the vegan lifestyle creates a ripple effect, encouraging those around them to consider the destructive and inhumane consequences of the traditional Western diet.

Supermarkets are also adapting to their customers’ changing habits by providing palatable options for vegan and vegetarian consumers in response to their demand; the meat-free industry reached an estimated value of £607 million in 2012.

What does the future hold?

Nearly half of vegetarians that were involved in the study stated that they would like to reduce their intake of animal products in the future, for either the numerous health benefits, ethical reasons, or a combination of factors. These results are extremely promising as they indicate that even within the UK’s vegetarian population, there is a massive amount of interest and enthusiasm towards a plant-based diet.

The study also suggested that as well as the 542,000 vegans, approximately 318,000 vegetarians across Britain avoid non-dietary animal products, such as leather and wool. It seems awareness of animal exploitation in other industries is also on the rise.

So, the future of veganism certainly seems to be bright, as Vegan Life magazine publishing director Keith Coomber added:

“The public perception of veganism is changing fast. It’s no longer an extreme lifestyle, it’s easy and accessible – you can walk into any supermarket and be confronted by a huge range of dairy-free milks and other vegan-friendly produce. As consumers become savvier about the reality of the farming industry, and the health implications of meat and dairy products, this boom will continue.”

Walking through the alley between Gallowtree Gate and Market Square, I had a pleasant surprise. It was Sunday and raining but the market place was bri...

There’s No Real Difference Between Meat Eaters and Vegans