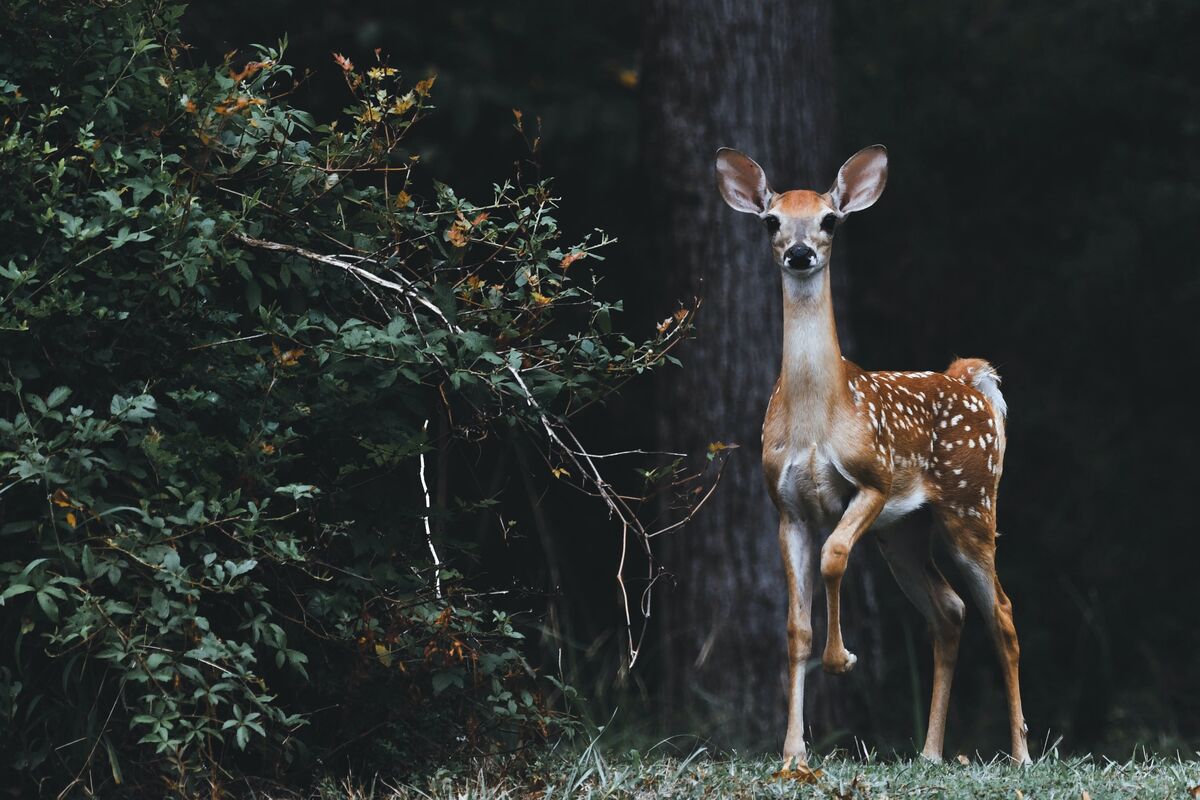 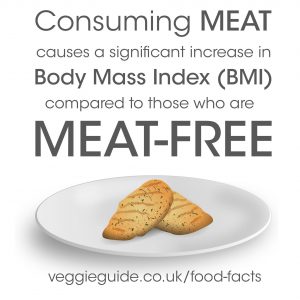 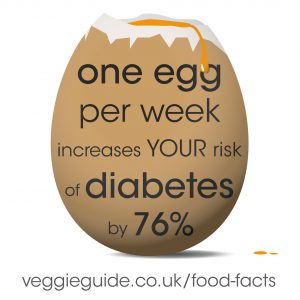 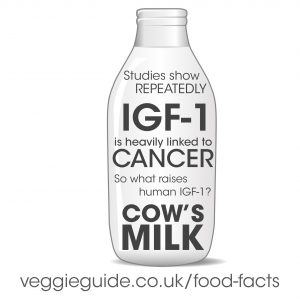 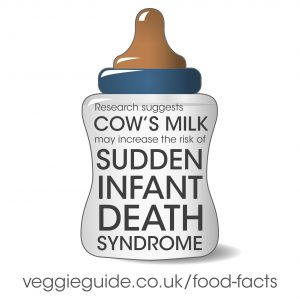 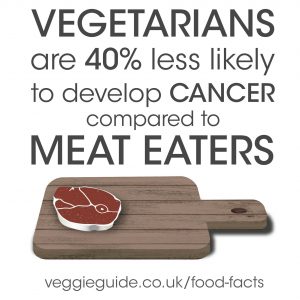 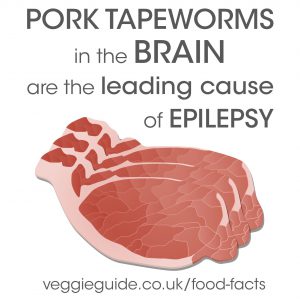 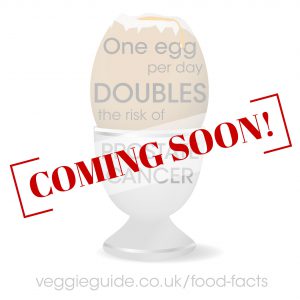 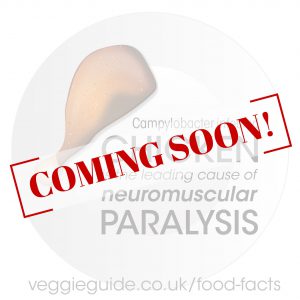 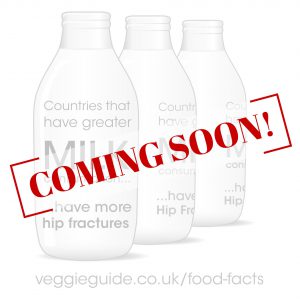 Does Meat Consumption Lead to Obesity?

Cross sectional research shows that vegetarians have considerably lower obesity rates… But why? Researchers conducted a study of thousands of men and women to better understand the connection between meat consumption and obesity.

The results of the study were adjusted for many factors including exercise and total caloric intake. The study clearly demonstrated that if two people ate the same total calories each day for a year, but one regularly consumed meat and the other followed a vegetarian diet, the meat eater was likely to gain considerably more weight. But what might surprise you… Chicken consumption caused significantly more weight gain than other meats.

Can Eggs Increase the Risk of Diabetes?

It is estimated that 1 in 11 of the world's adult population is diabetic and 46% are currently undiagnosed. In 2012, researchers concluded, the more eggs people consumed, the greater the risk of type 2 diabetes. The results showed, consuming just one egg per week was associated with a 76% increased risk, 2 eggs per week increased that risk to nearly double, and one egg per day tripled the likelihood of developing diabetes. This is not the first time the connection was made.

In 2009 Harvard researchers also found a link between egg consumption and diabetes, and other studies with similar findings have also been carried out in other parts of the world. Alarming findings also suggested once a person has diabetes, consuming eggs could shorten their life. Just one egg per day may double all cause mortality for those living with diabetes.

Egg consumption and the risk of type 2 diabetes mellitus: a case-control study

Egg consumption and the risk of diabetes in adults, Jiangsu, China

Egg consumption and risk of type 2 diabetes in older adults

Egg consumption in relation to cardiovascular disease and mortality: the Physicians' Health Study.

Egg consumption and risk of type 2 diabetes in men and women.

It may surprise you to hear that when you consume cow’s milk, you are also consuming hormones that would naturally be passed on to a calf.

Think of hormones like messengers that hand out instructions around the body. These instructions are used to carry out tasks such as removing sugar from the blood or growing new muscle tissue after a workout. One hormone found in cow’s milk is identical in every way to the human version. This growth hormone is called IGF-1 and it is responsible for the rapid growth of a calf as it transforms into an adult. Multiple studies carried out since the early 1990’s have demonstrated repeatedly that consumption of IGF-1 is directly linked to cancer cell growth. In fact, in all instances of cancer, high levels of IGF-1 are also observed.

There is a rare congenital IGF-1 deficiency called Laron syndrome. Researchers carried out a study of over 200 men and women living with Laron syndrome. Their results showed no incidence of any cancer in any of the participants (past or present). It appears that a deficiency in IGF-1 may have protected this cohort from developing cancer.

The associations of diet with serum insulin-like growth factor I and its main binding proteins in 292 women meat-eaters, vegetarians, and vegans

Growth hormone receptor deficiency is associated with a major reduction in pro-aging signaling, cancer, and diabetes in humans

Is it OK to give my baby formula/cow’s milk instead of breastfeeding? Not according to research carried out in 2009 and 2011, that has identified clear links between casomorphin in cow’s milk and Sudden Infant Death Syndrome (SIDS). In fact, the link wasn’t made with formula milk alone, but also with breastfeeding mothers who are consuming cow’s milk. Casomorphin is a substance found in dairy products that has addictive and drug-like sedative effects on the body. Researchers believe that this is the substance responsible for episodes of infant apnea (when an infant stops breathing).

Does Breastfeeding Reduce the Risk of Sudden Infant Death Syndrome?

Relation of beta-casomorphin to apnea in sudden infant death syndrome

According to Cancer Research UK, “1 in 2 people born after 1960 in the UK will be diagnosed with some form of cancer during their lifetime”. So why is cancer on the increase? Factors like smoking and obesity, and other environmental factors could be partially to blame. However, research published in the British Medical Journal in 1994 suggests that avoiding meat may be preventative against many types of cancer.

In fact, vegetarians were found to be roughly 40% less likely to develop cancer than those who consume meat. This study alone is not proof that meat intake is to blame for the increased risk, however there are numerous other studies which also demonstrate links between meat consumption and the development of cancer. To add to this, researchers have also found that the effect of cooked meat has a direct correlation with breast cancer growth.

Meat intake and mortality: a prospective study of over half a million people

Vegetarian diets: what do we know of their effects on common chronic diseases?

Beyond meatless, the health effects of vegan diets: findings from the Adventist cohorts

Does Eating Pork Cause Epilepsy?

According to the NHS, “Epilepsy is estimated to affect more than 500,000 people in the UK”. That’s nearly 1 in every 100. But is there anything that can be done to prevent epilepsy? Maybe there is! This may surprise you, but the leading cause of epilepsy worldwide is pork tapeworms in the brain .

This common parasitic condition is called Neurocysticercosis and though (if discovered) deworming treatments can be effective, around 10% of cases require surgery in the form of open craniotomy. Cysticerci, the tapeworm responsible for the disease, can grow between 2 and 7 meters in length, living up to 25 years in the human body.

So how do we prevent Neurocysticercosis?

Though freezing at very low temperatures may kill the tapeworms, this may not destroy all of the eggs. Cooking meat at high temperatures may act as a preventative measure, however this may increase carcinogens.

A study of an Orthodox Jewish community in 1991 demonstrated that 1% of the members had the infestation. This investigation found the source of the parasite to be the pork eating domestic workers who were preparing their food.

Seroprevalence of cysticercosis in an Orthodox Jewish community