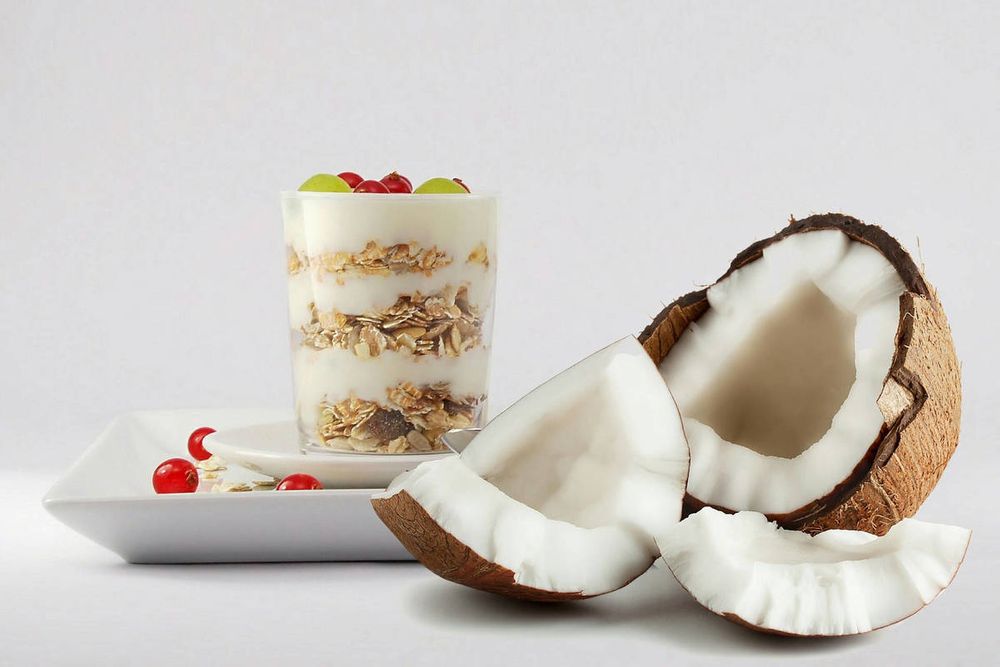 Plant-Based Milk Alternatives and Their Uses

Which plant-based milks are most readily available?

The most common plant-based milks on the market today are:

What do plant-based milks taste like and how are they used?

Almond milk is the most versatile (and popular) of all the plant-based milks, as its texture is close to that of semi-skimmed cow’s milk. Almond milk can be used on anything from your morning cereal to making your own dairy free yoghurt.

Low in saturated fat and loaded with protein and fibre, oat milk is a creamy and delicious plant-based alternative to cow’s milk. Its natural sweetness makes it ideal for coffee, especially if you like it sweet and frothy. Alternatively, oat milk works well as a milk replacement when baking.

Probably the most well-known plant-based milk and the most widely available in cafes, bars and restaurants. Soya milk contains a hefty 7 grams of protein per cup and can be purchased in both a light and full fat version.

Similar to soya milk in texture, cashew milk is a creamy, protein-packed plant-based milk. That said, as cashews are relatively expensive, cashew milk usually carries a heavier price tag — perhaps save this for something special. That said, look out, due to the costs involved in the production of cashew milk, fillers (such as starch or more harmful additives) may be used to lower costs. Want to make it yourself? Simply, soak them overnight, blend them with filtered water and strain.

As with other nut milks, hazelnut milk is delicious and creamy but with a stronger, sweeter flavour that lends itself best to desserts or creamy coffees. You can also purchase this in both natural and chocolate flavours.

If you are avoiding soya or nuts, this might be the plant-based milk for you (few people are allergic to rice). Lighter and more refreshing than its plant-based counterparts, rice milk is best enjoyed as a drink; as the lighter, more watery texture doesn’t work as well in recipes.

Thick, smooth and packed full of healthy fats, coconut milk has a strong flavour and may be best saved for creamy desserts and curries, rather than teas and coffees. Different brands will have varying levels of flavour, but needless to say, they all taste like coconut so make sure you are OK with that before diving in. Note: Coconut milk sold in cans is usually for cooking, rather than drinking, due to its very high fat content.

Ready to make the switch to plant-based milk?

Soya milk is creamier so if you’re used to a full fat dairy milk or if you want to cook a creamier recipe, this is the one to go for. Almond milk will serve you well as a lighter alternative if you have been more of a skimmed milk kind of person.

If you have already made the switch to plant-based milk, leave a comment below and let us know your favourites.

Copywriter, social media wizard and animal lover, Fiona is passionate about veganism, and she works hard to use her online presence to support this growing movement.

Grow Your Own Veggies: Read About Gardening

To successfully grow vegetables and fruit, it is important to read about all aspects of gardening. Once you have started, you will gain valuable exper...

Being the only vegetarian or vegan amongst a group of friends will inevitably seem challenging at times. Suddenly meals out require more organization ...