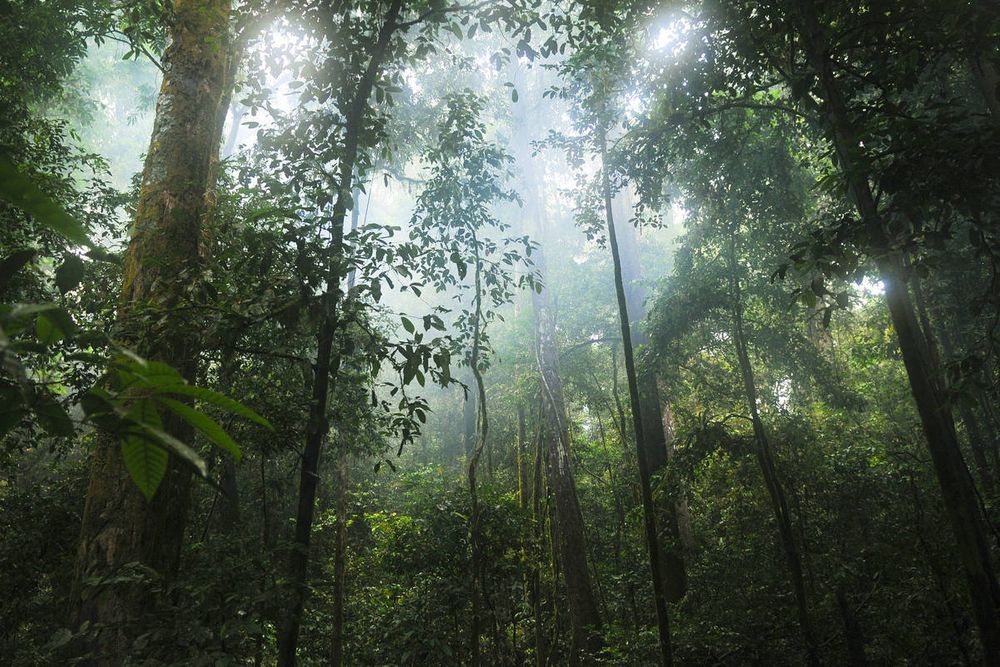 A Practical Guide to Supporting Reforestation

While many are talking about deforestation and climate change, we don’t hear nearly enough about reforestation. This guide attests the importance of reforestation, tackles the controversy of flying abroad to volunteer and explains how we can all contribute.

What is the current state of forests globally?

In the Amazon, it’s estimated that an area the size of a football field is cleared every minute . One study estimates that since the beginning of human civilisation we’ve reduced the number of trees on the planet by almost half.

Despite the hard work carried out by reforestation projects, deforestation is continuing to destroy our environment to make space for raising cattle, growing palm oil, soy and other mass-produced products.

Reforestation cannot be seen as an isolated solution; growing and maintaining forests is a losing battle if global deforestation persists.

How can reforestation mitigate climate change?

According to a study published in July 2019 , restoring trees is one of the most effective mitigations to climate change. The study estimates that outside of already forested and occupied land, the planet has the capacity for another 500 billion trees.

This would increase global forest cover by 25% and could capture an additional 200 billion tonnes of carbon by the time these forests reach maturity — cutting carbon in the atmosphere by a quarter. Although these numbers are considered optimistic by many, it is widely agreed that reforestation is an effective solution.

Planting trees not only feels like it will help the planet but the science backs it up. If done well, reforestation may be the most powerful tool we have against climate change.

It’s not as simple as just planting trees

It’s not enough to simply plant a tree and walk away. We need to ensure the tree grows and continues to store the carbon it captures.

Tree planting is only successful if local communities care for and value the forests in the long-term. Therefore, the understanding and respect for forests must be stronger than the financial incentives to clear the trees.

It is, also, vital that land is carefully selected, ensuring it is not appropriated from vulnerable people and that it is unlikely to be needed for other purposes in the near future.

Trees impact their environment in many complex ways and some types of trees are more beneficial to our planet than others. For example, fast-growing trees can absorb carbon more rapidly.

When trees absorb carbon dioxide it is stored in the bark and other parts of the tree — this is referred to as carbon sequestering. Some trees even deposit the carbon into the soil as calcium carbonate . These are called oxalogenic trees and there is ongoing research into species with this property.

When trees die or burn, the carbon is subsequently released back into the atmosphere, but with oxalogenic trees much of the carbon remains in the soil.

Is air-travel justified when volunteering with reforestation projects?

There’s no black and white answer to this. If the question is simplified to compare the carbon emitted from a long-haul flight to that absorbed by the trees which a single person can plant on a short trip, then the numbers don’t look good.

Volunteering abroad can, of course, be added onto existing international trips without any additional flights, but if the sole purpose of the trip is to plant trees, then there is very little justification to travel across the world when there are local projects that can be reached by land transport.

That said, for those who do happen to be abroad, there is a lot to be learnt from inspiring reforestation communities, and these experiences can have a deep and lasting impact on volunteers, especially those who are fully immersed within the projects.

What is carbon offsetting?

Choosing to fly is an environmentally damaging decision and not something that should be taken lightly. There are, however, some mitigations to consider, carbon offsetting being one. Offsetting is a complex concept and there is plenty of scepticism on the matter.

In theory, the carbon released through flying can be captured elsewhere in order to negate the damage. This is often done through investing in forestry or energy efficiency projects. There are many online tools which offer this service, otherwise donations can be made directly to an environmental charity.

Carbon offsetting isn’t expensive compared to the cost of flights and it could be argued that this is the bare minimum we should be doing if choosing to fly. For example, it is estimated that offsetting a one-way flight from London to New York would cost about £20 .

There are many criticisms of offsetting — one being that it absolves people from any guilt of flying and could lead to complacency. One long-haul flight emits more carbon than many people around the world do in an entire year and it is vital to acknowledge the gravitas of that.

Other considerations, when flying, include:

It is estimated that less than twenty percent of the global population uses air travel . Most of the people who will be hit the hardest by the impact of the carbon emitted from planes are those who have never had the privilege of flying.

Many societies have normalised flying to the point that, for many of us, it feels necessary. There are potential forests everywhere; we don’t need to fly across the planet to find them.

What action can you take?

Donate funds, time or skills. Some UK-based reforestation organisations include: Trees for Life , Trees for Cities and The Orchard Project and there are many more around the world, such as:

Besides donating and volunteering, talk to others (especially children) about the importance of trees, and aim to reduce consumption of things which contribute to deforestation such as animal products and paper — also, reuse and recycle whenever possible.

Support those with the resources and expertise

Planting trees for carbon capture and storage is a complex science. Some initiatives have invested years of research to optimise their processes.

Of course, we can, and should, plant a tree in our back gardens, but, if we want to tackle the problem with the urgency it deserves, we need to support large scale, effective organisations who can put our time and donations to good use.

Are you involved with any reforestation projects? We would love to hear about your experiences in the comments.

A Guide to Eating Vegan in Brighton

Known for its wacky street art, vintage shops and diversity, Brighton is claimed to be the ‘happiest and hippiest place to live in the UK’; it is no w...

This no-bake “cheesecake” is guaranteed to impress all of your friends. Presentation can be tricky though, so make sure each layer is solid before add...