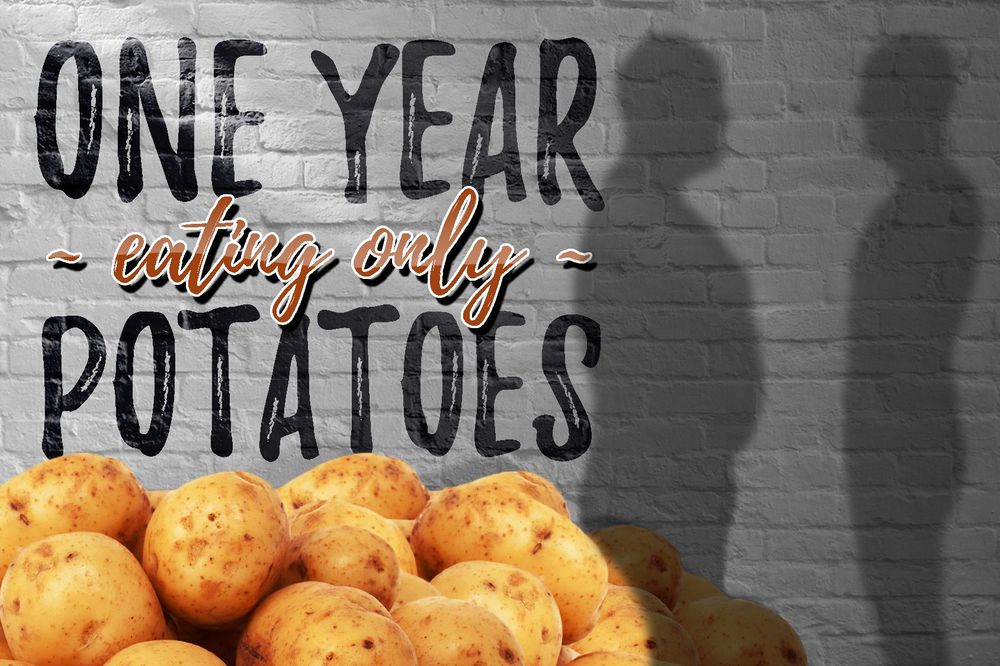 'Make Your Food Boring and Your Life Interesting' — Andrew Taylor

The story of Andrew Taylor’s struggle with obesity starts as many stories of obesity do. It ends, however, with this Australian losing over 117 pounds (53.07 kg) within months, and helping thousands of others do the same. How? With potatoes.

Overweight, Andrew was determined to diet, so he could return to a healthy lifestyle. As a vegan, he tried everything from green smoothies to healthy-meal alternatives like lentil bolognese without ever achieving durable success. Phases of intense determination were quickly outweighed by episodes of binge eating — leaving him feeling frustrated and ashamed.

The more diets he tried, the more his obsession about food grew. What would he make for breakfast? How many calories could he have for lunch? Was there leeway for a chocolate cake dessert?

After repeating this cycle for months, a realisation hit him in 2015: His happiness had become entirely dependent on food. He had become numb to other areas of his life.

“I realised that my behaviour with food mirrored that of an alcoholic with alcohol,” Andrew tells me in our interview.

But where an alcoholic commonly must quit alcohol entirely to overcome his or her addiction, this was — for obvious reasons — not a viable option for Andrew.

What if food simply served the purpose of nutrition, and nothing else? Gripped by the idea to find a way to abolish the pleasure-aspect of food, Andrew spent six weeks of diligent research before arriving at his solution: Potatoes.

“I found a lot of historical evidence of populations that thrived on diets of little more than potatoes.

The Irish ate almost only potatoes for a couple of centuries, the Okinawan traditional diet is mostly sweet potatoes and there are many other examples.

It was clear that spuds could provide me with all the carbohydrates, protein, fats, vitamins, minerals and fibre that I would need to be healthy while I quit everything else for a year.”

Starting on January 1st, 2016, he challenged himself to go through with his ‘self-invented diet’ for an entire year. He documented his progress every day with a video diary that he put on YouTube to sustain his spirits, without ever expecting people to watch it.

Towards the end of his year long challenge, Andrew had lost 117 pounds. His blood tests showed a continual improvement, while his blood pressure and cholesterol levels had dramatically decreased.

On completion of his diet, he had almost 10,000 people subscribed to his YouTube channel and over 20,000 subscribers on Facebook.

Also, to his surprise, he found that his depression and anxiety had subsided. “It’s definitely more important to me than the weight loss. I’m a better husband and father. I’m more confident and happy and I enjoy life more.”

Despite being continually confronted by immense criticism from acclaimed dieticians and doctors, he has helped thousands of people overcome food addiction with what he now calls “ The Spud Fit Challenge ” — eating just potatoes for 30 days.

After successfully completing his challenge, Andrew transitioned to implementing other plant-based wholefoods into his diet, calling it a “whole food, spud-based diet”. Pleasure no longer plays a role in his meals — instead he seeks happiness in other areas of his life, like his wife and children.

“These days I’m quite happy to eat a relatively bland meal and then go out and do something fun rather than eating something fun. For me it’s all about learning to base our food decisions on logic rather than emotions — that was the whole point of this experiment for me.

Understand that we don’t always have to act on our cravings and we can find ways to gain comfort, enjoyment and emotional support that don’t involve food. These days I have a saying: ‘make your food boring and your life interesting’.”

Find out more about Andrew Taylor, who delivers coaching and public speeches:

Grow Your Own Veggies: Speak to Experienced Plot Holders

You have now made your choice, you have your plot and suddenly lots of questions start to flood into your mind; Where do I begin? What plants should ...

So you have taken the leap to become vegan, or maybe you’re just curious. Well, you’re in the right place! These top vegan tips will help you hit the ...